A LARGE mosaic with the image of Novak Djokovic made of tennis balls, the first of its kind in the world, appeared today on the plateau of the Novak Tennis Center in Dorcol! The installation is 2.7 meters wide and 3.8 meters high, and the area of ​​10 square meters is filled with 2177 tennis balls! The reason for the work called # 2177, created by architect and street artist Andrej Josifovski, was made from the desire to mark the first day of the new record – the number of days at the top of the ATP list. Let us remind you, from today, Novak started his 311th week as the number one in world tennis.

The work on the portrait of the balls lasted for three days, when the last ball was placed in the mosaic shortly after three o’clock in the morning. All the time, attention was paid to the details of the carefully thought-out design, because each of the balls had a specific pattern, color and place in the installation, so that the work would be completely ready for the day when Djokovic enters the history of white sports again.

“The balls are fastened in a wire mesh, which symbolizes the unsuccessful attempts of Novak to be overthrown from the tennis throne. However, it did not happen because of the unforced mistakes of his rivals, but because he is simply better than everyone in many tennis skills. Even among tennis experts, there is no doubt that his return and two-handed backhand are the best in the world, and that his movement and coverage of the court is not from this world”, says Josifovski, who adds that a great challenge for him was the short time for realization, as well as the importance of the whole work.

Novak’s image was made with a unique artistic installation, because, as the artist says, Djoković is also unique in the world in terms of his human characteristics.

“His constant help to poor children, large donations to education, preschool programs, health care, the fight to increase the salaries of low-ranking players on the ATP tour, care for colleagues and the future of sports … make him a true hero”.

The author emphasizes that the size of the exhibition symbolizes the great love and affection that the Serbian people feel towards Djokovic.

“I think that the morale of the nation survives mostly thanks to his sports victories. Of course, there are other great athletes who spread the fame of the Serbian people around the world, but in my opinion, he is certainly the greatest among them, and since he is from a small country, he is where he is, only by his own merit, as well as by the merit of his family. And that is exactly what they cannot forgive him, because sport for the long time now is not just a sport, and thus the artist ends his thought”.

Everything was easier when Novak, blindfolded, joined in making the installation. The Pianist and Nole crossed the spray and racket on the tennis court at that time, and what was created remains as a unique pledge to the cultural heritage of the region.

In order for this project to go from idea to realization, the whole team of people helped, starting with Jelena Djokovic who organized everything the author needed for the work, through the Novak Djokovic Foundation, the Soultime Media Team, the Novak Tennis Center and all others who participated.

As a continuation of such a project, we can expect the already announced cooperation on strengthening art and culture and raising awareness of their importance. 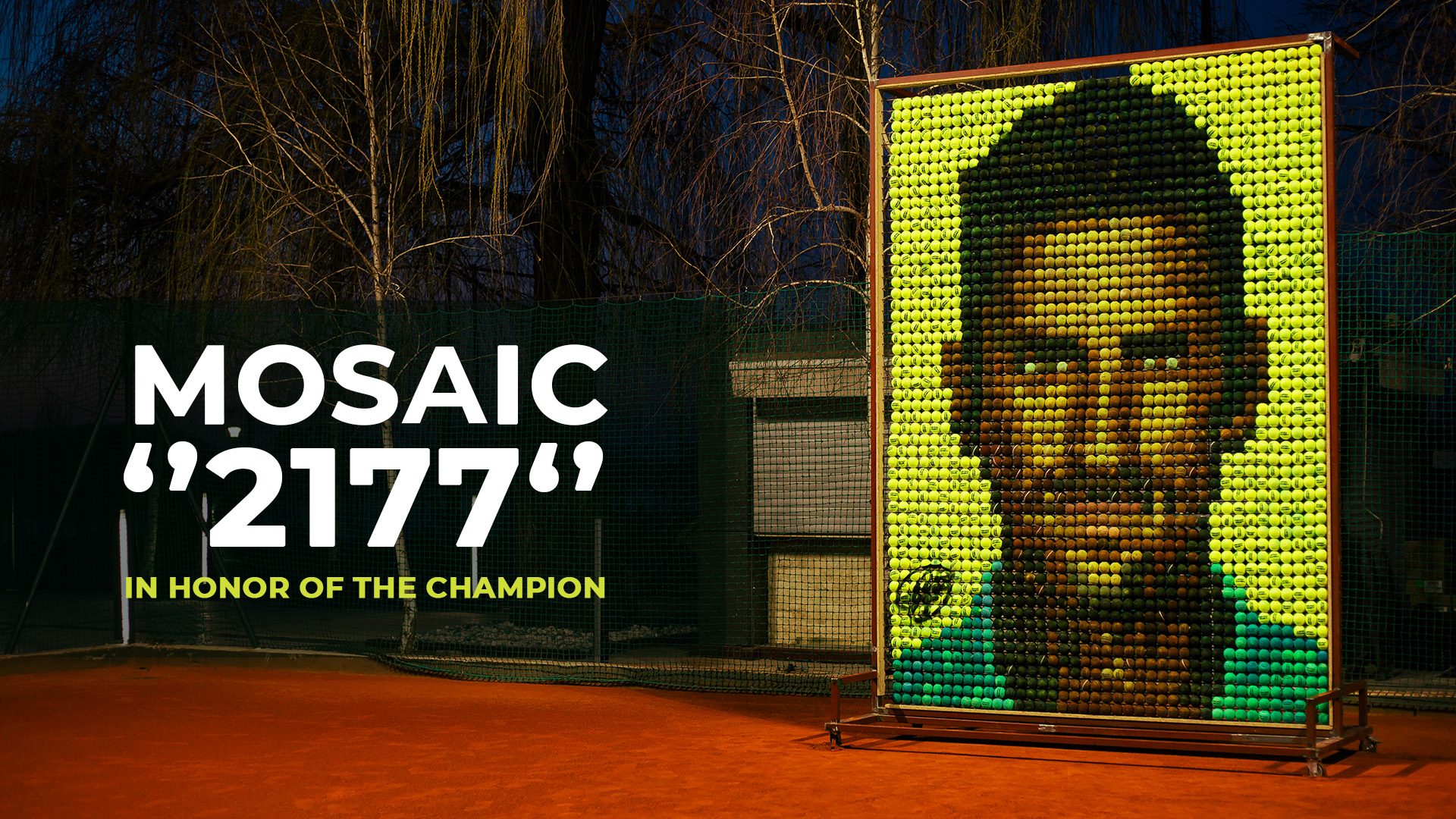